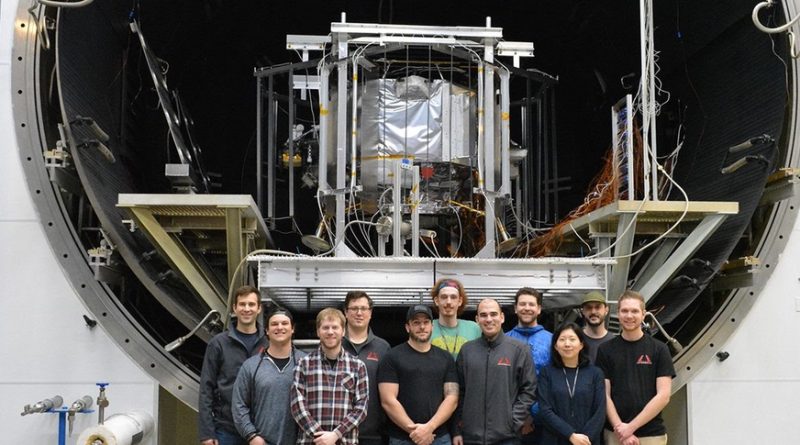 WASHINGTON — Astrobotic Technologies said that it has completed testing of its Peregrine lunar lander and it ready to ship it to Cape Canaveral for launch.

The company announced Jan. 25 that it completed thermal vacuum testing of its first Peregrine lander, wrapping up acceptance testing for the spacecraft. The company had previously performed electromagnetic interference testing of the lander.

“Peregrine Mission One’s flight acceptance campaign was completed on schedule and exceeded expectations,” Sharad Bhaskaran, mission director for the lander, said in a company statement. “These tests ultimately proved the quality of Peregrine’s design and workmanship over the full assembly and integration campaign.”

The lander, having completed testing, is back at the company’s Pittsburgh headquarters, where it will be on public display at the Moonshot Museum located there until it gets the “green light” from United Launch Alliance to send the spacecraft to Cape Canaveral for prelaunch processing.

Peregrine is the primary payload on the inaugural launch of ULA’s Vulcan Centaur rocket. Neither Astrobotic nor ULA have announced a formal launch date for the mission.

The rocket’s booster and Centaur upper stage arrived at Cape Canaveral on the company’s RocketShip vessel Jan. 21 from the ULA factory in Decatur, Alabama. The components were transported from the ship to ULA facilities at the Cape the next day.

ULA is planning a series of tests of the hardware and associated ground systems at the Cape in the coming weeks, including a wet dress rehearsal where the rocket is filled with propellants and goes through a practice countdown. Once those tests are complete, the company plans to add payloads to the rocket and go into final launch preparations.

In addition to Peregrine, the inaugural Vulcan launch, called Cert-1 by ULA, will carry two demo satellites for Amazon’s Project Kuiper broadband constellation. Those will be deployed into low Earth orbit while Peregrine is placed on a trajectory to the moon. 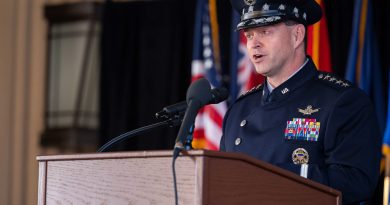 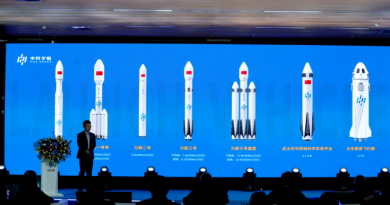 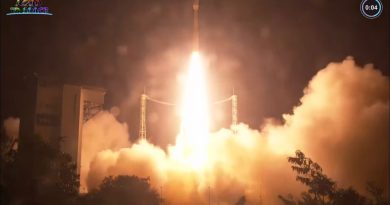