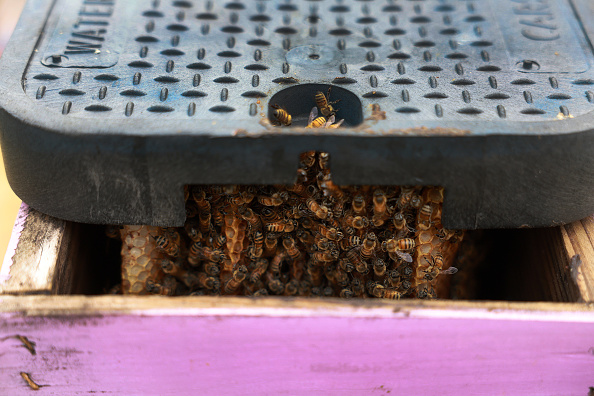 According to new research, bees may be at risk from glyphosate – an active ingredient in some of the EU’s most commonly used weedkillers – through contaminated wildflower nectar.

Glyphosate residues have previously been found in nectar and pollen collected by bees foraging on weedkiller-targeted plants, but this time it has been found in unsprayed wildflowers growing near sprayed fields.

Although glyphosate is only intended to kill plants, it has been shown to harm the digestive systems of honeybees and bumblebees, making them more susceptible to infections, among other things, as per ScienceDaily.

Elena Zioga, a Ph.D. candidate in Trinity College Dublin’s School of Natural Sciences, is the first author of the study, which was recently published in the journal Heliyon.

This is the first time glyphosate has been found in unsprayed wildflowers under conventional farming conditions, and while more research is needed to determine how much higher glyphosate concentrations would be indirectly sprayed on plants, they know wild bees and honeybees will visit the contaminated wildflowers to collect pollen and nectar, exposing them to glyphosate and potentially affecting their health and the critical pollination service they provide.

Glyphosate is the most widely used weedkiller in the European Union, and it is also widely used elsewhere in the world.

The residues found in nectar in this study exceeded the European maximum allowed levels of glyphosate in honey and honey bee products, implying that they could be harmful to honeybees and those who consume the honey.

Within a week of spraying, glyphosate residues were found in pollen and nectar of blackberry flowers in three of these locations.

No residues were detected when the weedkiller was used as a pre-or post-emergence spray on an oilseed rape crop, which is two months before sampling.

Knowing that bees may be exposed to glyphosate residues in the environment necessitates additional research to assess the impact of glyphosate on more bee species.

As an additional priority, they recommend that glyphosate be investigated as a desiccant before harvesting crops to better understand how this impacts non-target flowering plants growing near crop fields, allowing for a larger evidence base for evaluating the renewal of glyphosate market authorization in the European Union.

Glyphosate, the world’s most widely used herbicide and one long touted as animal-safe, may be harming honey bees, as per Science.

The chemical appears to disrupt the bees’ digestive microbial community, making them more susceptible to infection.

The discovery added to the alarming decline of honey bees in some parts of the world, as well as other pollinators that live in colonies, such as bumble bees.

Glyphosate kills plants by inhibiting an enzyme that the plants use to produce several key amino acids, which are the building blocks of proteins.

This enzyme is not produced by animals, but it is used by some bacteria.

This piqued the interest of Nancy Moran, an evolutionary biologist at the University of Texas at Austin who has spent the last decade studying the gut microbiome of honey bees.

Moran and her colleagues took about 2000 bees from a hive and fed some sugar syrup and others glyphosate-laced syrup at levels comparable to what they might encounter in the environment while foraging for food.

The guts of glyphosate-fed bees had lower levels of a bacterium known as Snodgrassella alvi three days after returning to the hive than those of non-exposed bees.

Some of the findings were perplexing; bees exposed to the most glyphosate had a more normal-looking microbiome after three days than those exposed to lower doses.

Moran said it’s unclear whether this is because more bees died with the higher dose, leaving behind those that were more resistant to the herbicide.

In recent years, commercial beekeepers in the United States have seen nearly one-third of their hives fail during the winter, which is more than double the historical rate.

Pesticides, pathogens, parasites, and nutritional issues are all thought to play a role.

“A major strength of the new paper is that it points to a mechanism-the disruption of gut microbes-for how a pesticide could affect the bees,” he said.

The discovery also raised concerns about whether glyphosate is affecting the microbiome of other animals, including humans.

According to Moran, the role of microbes in the human gut is very similar to that of bee guts.

More research is needed because humans have different microbes in their guts, have much larger bacterial populations, and are most likely exposed to much lower glyphosate doses than bees. 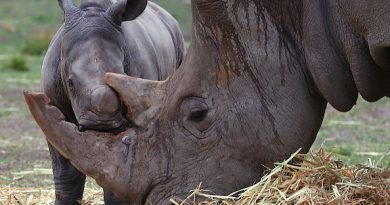 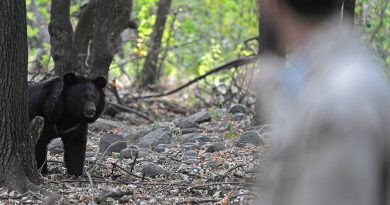 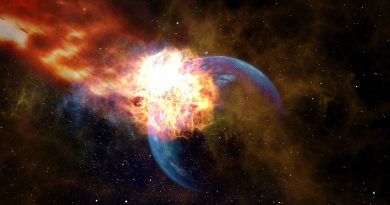