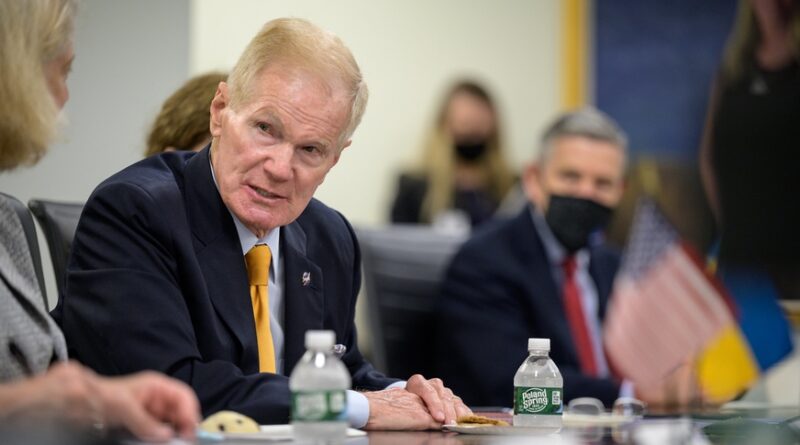 WASHINGTON — NASA’s administrator says he remains confident that Congress will provide the agency with funding to allow it to select a second lunar lander developer despite a lack of public progress on funding and concerns raised elsewhere in the agency about the effect an ongoing protest could have on congressional support for the program.

Congress passed Sept. 30 a continuing resolution (CR) that funds the federal government at fiscal year 2021 levels from the beginning of the 2022 fiscal year Oct. 1 to Dec. 3. The CR prevented a government shutdown that could have, among other factors, put the mid-October launch of NASA’s Lucy asteroid mission in jeopardy.

In addition to the stopgap funding, the bill also provided supplemental disaster relief funds. That included $321.4 million for NASA to cover damage from Hurricane Zeta last year and Hurricane Ida in August at the Michoud Assembly Facility in New Orleans and Stennis Space Center in Mississippi. It also allows NASA to use up to 15% of that money for “flight hardware, tooling, production and schedule delays” for exploration programs linked to Hurricane Ida.

That funding is a first step toward covering a backlog of infrastructure repairs at NASA facilities nationwide estimated to be several billion dollars. NASA Administrator Bill Nelson said in May that NASA was seeking $5.4 billion for infrastructure work as part of a $3.5 trillion “budget reconciliation” package primarily intended to address climate change and social issues.

“That eases some of our request for infrastructure we’re trying to get into the reconciliation bill,” Nelson said in an interview at NASA Headquarters shortly before the passage of the CR. “We’ve got a lot of infrastructure needs.”

The House version of that reconciliation bill provides $4 billion for NASA infrastructure, and nearly $400 million more for Earth science and cybersecurity. The House Science Committee approved its portion of the bill Sept. 9, but the full House has yet to take up the bill amid negotiations with the Senate about the size of the overall package.

The Senate has yet to begin consideration of its version of the reconciliation package or a fiscal year 2022 spending bill. Nelson said he remained hopeful that the Senate will support additional funding for NASA, including the Human Landing System (HLS) program. That program received only a small increase in the House version of a fiscal year 2022 spending bill and was excluded from the reconciliation package, despite Nelson requesting $5.4 billion to enable the agency to fund a second lander program alongside the existing award to SpaceX.

“I think at the end of the day, after all the shouting is over, after all the pushing and tugging, a lot of which has nothing to do with NASA, you will see that NASA will have the funds that it needs,” he said.

“It may not be pretty,” he added, alluding to the sharp partisan divides on issues like the reconciliation package. “It may be on a 50-vote passage in the Senate of a reconciliation bill to get additional money.”

The debate is complicated by the ongoing legal dispute about NASA’s HLS award to SpaceX. Blue Origin protested the award to the Government Accountability Office in April, but the GAO rejected that protest, as well as a similar one filed by Dynetics, three months later. Blue Origin subsequently filed suit in the Court of Federal Claims to appeal that decision, with a decision expected by Nov. 1.

During the GAO protest, NASA’s lawyers warned that the dispute could jeopardize congressional support for the overall Artemis program, according to a May 26 filing made public through a Freedom of Information Act request and first reported by The Verge Sept. 29.

“Plainly stated, a protest sustain in the instant dispute runs the high risk of creating not just delays for the Artemis program, but that it will never actually achieve its goal of returning the United States to the Moon,” the agency’s lawyers said in the document rejecting the various claims Blue Origin made in its protest (emphasis in original.) “What begins as a mere procurement delay all too easily turns into a lack of political support, a budget siphoned off for other efforts, and ultimately, a shelved mission.”

That confidence, he said, is based on public support he sees for the effort. “That will manifest itself in their representatives in the Congress supporting the space program.” 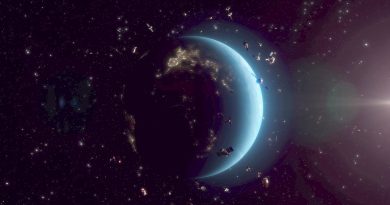 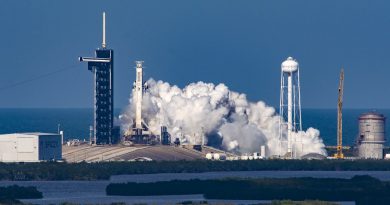