Researchers in India have shown that photon entanglement in a certain continuous-variable basis revives itself as the photons propagate away from their source. The discovery could prove useful for securely transmitting quantum information over long distances and for quantum imaging in turbulent media.

Quantum entanglement between photons is being explored extensively by physicists, often with the aim of developing new quantum technologies for computing, communication, sensing and imaging. Some potential applications require sending entangled photons over long distances or through turbulent environments without loss. However, it is currently very tricky to preserve certain types of entanglement under these circumstances – and success can depend on many factors, including how the quantum information is encoded in the photons.

Now Anand Jha and colleagues at the Quantum Optics and Entanglement Laboratory at the Indian Institute of Technology Kanpur have provided a possible solution by using the angular positions of photons to encode information. They observed that entanglement seems to disappear as the photons propagate, but then oddly reappears. They also showed that the revival of entanglement happens even after the photons travel through turbulent air, which would normally destroy entanglement. They describe their research in Science Advances.

Photons have many different degrees of freedom that can be used to encode quantum information. The choice depends on the kind of information that has to be encoded. For qubits, discrete properties such as the polarization or the orbital angular momentum of a photon can be used. But sometimes, especially for sensing and imaging purposes, it is better to encode quantum information in a more continuous manner. In such applications, the most explored entangled property – or “basis” – is the position of a photon given by its cartesian coordinates.

The phenomenon of quantum entanglement imparts to particles a closer relationship than is allowed by classical physics and is independent of which particular basis is used to encode quantum information. However, the way entanglement is used or measured in an experiment may not be basis-independent. This applies to an entanglement “witness”, which is a mathematical quantity that determines whether a system is entangled. Witnesses are basis-dependent for continuous bases and this dependence means that some types of continuous entanglement can be more useful than others.

For the position-momentum basis, the entanglement, as seen through the witness, dies out very quickly as the photons propagate away from their source. To get around this, scientists usually image the source itself to use entanglement between photons. Any turbulence in the path also rapidly destroys the entanglement, requiring complex solutions like adaptive optics to revive it. These additional corrective steps limit the utility of these entangled photons.

This latest research by Jha and colleagues explores how entanglement can be preserved by using a closely related alternative basis – the angular position of a photon.

In their experiment, the researchers generated entangled photons by sending light from a high-power “pump” laser into a nonlinear crystal. Under conditions where the photons’ energies and momenta are conserved, one pump photon will produce two entangled photons in a process called spontaneous parametric down conversion (SPDC). The two photons are entangled in all their properties. If a photon is detected at one location, for example, the position of the other entangled photon is automatically determined. The correlation exists for other quantities as well, such as momentum, angular position and orbital angular momentum.

As seen through the witness without any corrective measures, the researchers observed that position entanglement between photons disappears after about 4 cm of propagation. On the other hand, something interesting happens for angular-position entanglement. It disappears after about 5 cm of propagation, but after the photons have travelled another 20 cm, entanglement appears again (see figure). The researchers corroborated their experimental results qualitatively with a numerical model.

The same trend was observed when the team created a turbulent environment in the path of the entangled photons. This was done using a blow heater to stir up air and change its refractive index. In this case entanglement was revived after the light had propagated for a longer distance of about 45 cm.

It is not yet fully known what causes the entanglement in the angular-position basis to reappear. The basis is special because it wraps around after a full circle. That is one of its distinguishing factors, according to Jha.

Even though the study demonstrates robustness over distances of less than a metre, Jha and colleagues claim that the revival is possible over kilometre distances as well. This could make it possible to transmit quantum information through atmospheric turbulence without destroying entanglement. Robustness through turbulence could also allow for the quantum imaging of objects in fuzzy biochemical environments with minimal invasion or destruction. 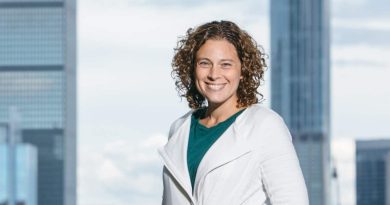 Quantum technologies benefit from the bottom-up approach of synthetic chemistry 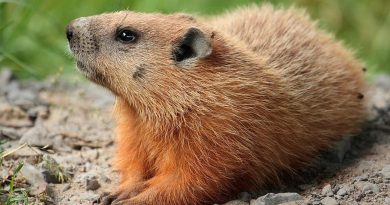 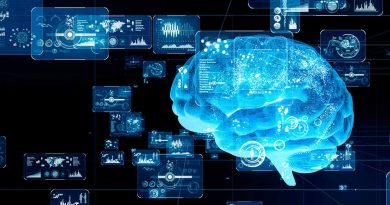 Medical physics and biotechnology: our favourite research in 2022