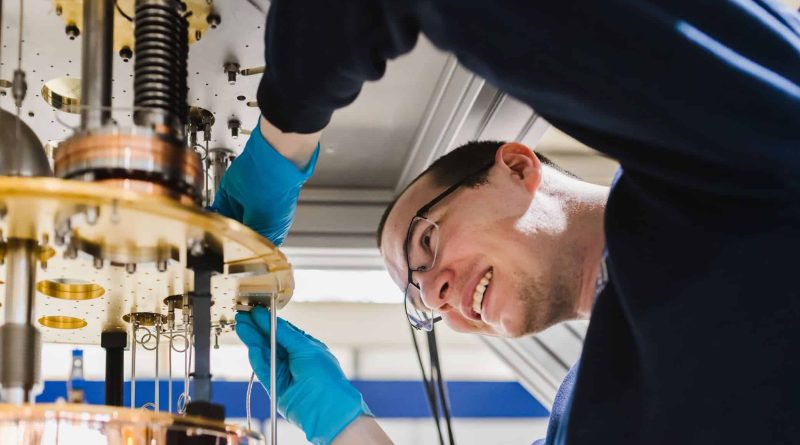 As quantum technology companies shift gears to translate their applied research endeavours into commercial opportunities – at scale – they’re going to need ready access to a skilled and diverse quantum workforce of “all the talents”. A case study in this regard is Oxford Instruments NanoScience, a division of parent group Oxford Instruments, the long-established UK provider of specialist technologies and services to research and industry.

The NanoScience business unit, for its part, designs and manufactures research tools to support the development, scale-up and commercialization of next-generation quantum technologies. Think cryogenic systems (operating at temperatures as low as 5 mK) and high-performance magnets that enable researchers to harness the exotic properties of quantum mechanics – entanglement, tunnelling, superposition and the like – to yield practical applications in quantum computing, quantum communications, quantum metrology and quantum imaging.

Here Stuart Woods, managing director of Oxford Instruments NanoScience, reflects on the current status of the talent pipeline into the quantum technology sector – as well as the steps being taken to enhance the diversity of the workforce shaping this emerging industry.

Why should a talented undergraduate or PhD physicist consider quantum science as a career pathway?

The quantum realm represents the next frontier in applied science and technology innovation, with a clear path to commercialization and “productization” – whether that’s quantum sensors to measure gravitational gradients very precisely or next-generation quantum computing systems for drug discovery and therapeutic optimization. Here at Oxford Instruments NanoScience, for example, we have technology roadmaps going out as far as 2040 – part of a collective global effort to translate the fundamental properties of quantum physics into the technology and commercial mainstream. Put simply: quantum represents a long-term bet on a long-term career path for young scientists and engineers.

How do you pitch the quantum programme at Oxford Instruments NanoScience to attract the brightest and best technical candidates?

We have a back-story beginning in 1959 – Oxford Instruments was the first successful technology spin-out from the University of Oxford – which gives us legacy, credibility and an established customer base. That accumulated corporate DNA around technology creation and evolution is now being put to work in the quantum regime. Whether you’re an apprentice technician, a quantum physicist, a mechanical engineer, an electrical engineer or a cryogenics specialist, you’ll be developing products at Oxford Instruments NanoScience that are fundamentally changing the way science views the world. It’s exciting stuff.

What is the current status of the talent pipeline into the quantum supply chain?

The quantum ecosystem is already brimming with opportunity for ambitious early-career scientists and innovators. Alongside established technology providers like Oxford Instruments NanoScience and our peers, there’s a growing wave of technology start-ups – among them customers of ours like Oxford Quantum Circuits (a UK company pioneering a “quantum-computing-as-a-service” business model); Quantum Motion (a UK firm developing fault-tolerant quantum processors); and Rigetti Computing (a US venture that’s building quantum computers and the superconducting quantum processors that power them).

Meanwhile, at the applications sharp-end, we’re seeing companies like IBM offer cloud-based quantum computing services, while financial powerhouses such as Goldman Sachs and Bloomberg build dedicated quantum groups to address high-performance computing problems in quantitative finance. The bottom line: there’s a broad-scope requirement for quantum companies to recruit across the core physical sciences and engineering disciplines. The task is to fill not only sector-specific roles – for example, error-correction scientists and quantum algorithm developers – but more general positions such as test and measurement engineers, data scientists, cryogenic technicians and circuit designers.

It sounds like there’s also a need for commercially savvy types to join the dots between basic R&D, platform technologies and cutting-edge quantum applications?

Correct. We need creative, commercially minded people who understand how to fuel the emerging market for quantum applications – from quantum equivalency in a few key verticals at the outset to quantum supremacy across multiple industries over time. In this way, the quantum sector offers all sorts of pathways for talented scientists and engineers to evolve from mainstream technical roles into business development activities if they choose. Adaptability, reinvention, a multidisciplinarian mindset: all are going to be mandatory in quantum.

Where are the biggest skills gaps just now?

While many commercial entities in the quantum sector are seeing significant growth, those same companies are struggling to fill essential technical roles needed to accelerate, and ultimately sustain, that growth. Right now, Oxford Instruments NanoScience has upwards of 30 positions open across a range of functions – among them technicians, cryogenics engineers, early-career quantum physicists as well as senior product scientists and engineers. I’d say that’s a typical profile across the quantum supply chain – whether for the technology start-ups or established equipment manufacturers like us. It’s the path from academic research into industry that we need to scale and encourage near term, shifting the centre of gravity for quantum towards industry and technology innovation.

What sort of initiatives will encourage that rebalancing?

I do maintain that a diverse workforce – from junior technicians right through to senior management – is fundamental for long-term commercial success in quantum. Vocational training will certainly be front-and-centre here in the UK as the sector scales, leveraging government programmes around apprenticeships and T-levels (technical qualifications for 16–18 year-olds) to enhance the quantum skills base. Industry is also getting creative on this front – for example, the paid summer internship scheme offered by Quantum Motion – while greater emphasis on role models will encourage more women and minorities into STEM subjects at tertiary level, and subsequently into STEM careers. Our Working in Quantum video series (a collaboration with the Quantum Insider market intelligence programme) is a case in point. Ultimately, diversity is all about driving creativity and exchange – creating a healthy environment for the growth and expansion of next-generation industries like quantum.

How important is a joined-up approach – government, industry, academia – in scaling the talent pipeline for quantum?

Quantum is a growth industry and it’s going to be around for the long term. We’re seeing encouraging efforts to coordinate activities between national initiatives like UK Quantum, the Quantum Economic Development Consortium (QED-C) in the US, and Japan’s Quantum STrategic industry Alliance for Revolution (Q-STAR). The goal: to enhance the visibility of the quantum industry and associated commercial and career opportunities – not just regionally, but globally.

At the same time, we need to do more to position quantum as a central building block of science and technology policy. From the perspective of Oxford Instruments NanoScience – and a view shared by many of our peers and customers – we feel there’s a strong case for the free movement of science and engineering talent between like-minded nations with a strategic interest in quantum technology – the UK, US, Japan, Australia and Canada spring to mind. That could well be a game-changer, yielding collective upsides for recruitment and professional development across the quantum industry.

Recognition and role models are key to raising the profile of the emerging quantum sector and associated career pathways. With this in mind, Quantum Exponential, a venture-capital fund focused exclusively on quantum technology companies, has teamed up with the Institute of Physics (IOP), the UK-based professional society for physicists in research, education and industry (also the publisher of Physics World), to sponsor the latter’s newly launched quantum Business Innovation and Growth (qBIG) Group award.

The qBIG award is designed to recognize technology innovation and commercialization by small and medium-sized enterprises (SMEs) within the quantum sector. The award winner will be selected by IOP’s qBIG Group committee, which includes business leaders from a diverse network of industry partners – among them Airbus, BAE Systems, Coherent, Oxford Instruments and Quantum Exponential. Winners of the qBIG award will receive a £10,000 cash prize, 10 months of mentoring from Quantum Exponential’s investment team, as well as access to quantum innovators and entrepreneurs within the fund’s investment network. 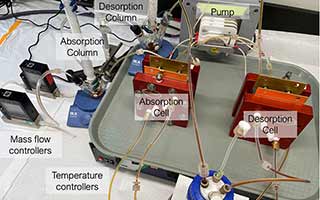 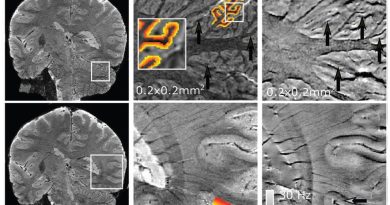 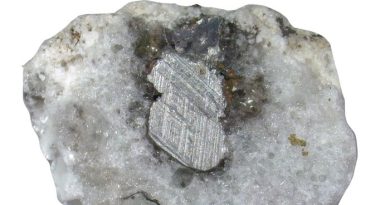