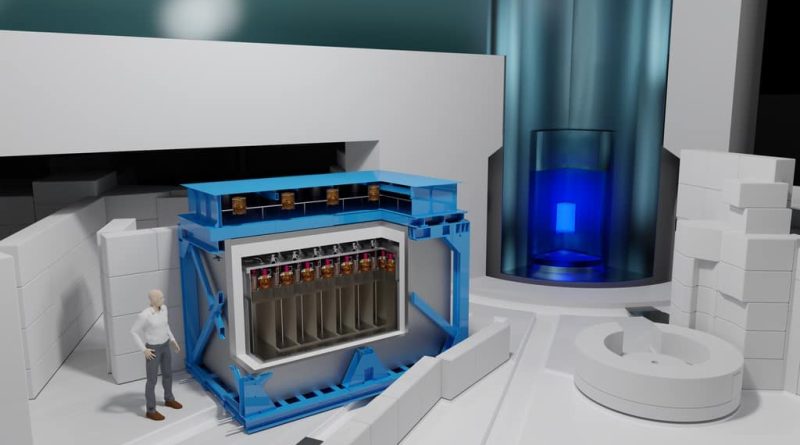 Data from an experiment in France called STEREO suggest that sterile neutrinos cannot explain why the neutrino flux observed from uranium-235 fission is lower than predicted by theory. Instead, the STEREO team believes that the discrepancy arises from theoretical difficulties in modelling the decay process. The result marks the culmination of an 11-year project to test a hypothesis first advanced by a team of scientists that included two members of the STEREO collaboration.

The 1998 discovery of neutrino oscillations by the Super-Kamiokande detector in Japan was one of the most consequential events in 20th century particle physics. This is because it showed that neutrinos must have a tiny but non-zero mass. As a result, neutrinos propagate through space as oscillating quantum superpositions of electron neutrinos and their heavier cousins – muon neutrinos and tau neutrinos. This explained puzzling experiments done in the 1960s in which physicists observing the Sun had detected significantly fewer neutrinos than predicted. What was happening was that many of these solar neutrinos had oscillated into neutrino flavours that the experiments were not designed to detect.

In 2011, David Lhuillier at CEA and colleagues in France published a paper suggesting that measurements of the neutrino flux from nuclear reactors collectively showed an anomalously low flux of neutrinos from uranium-235 relative to predictions of theoretical models. Moreover, they showed, this anomaly could be explained by the neutrinos oscillating into “sterile” neutrinos that would not interact via the weak force and therefore not be detected. Sterile neutrinos are hypothetical particles that are invoked by some theoretical extensions of the Standard Model of particle physics, so the idea that they might have been glimpsed in neutrino oscillations was tantalizing. In 2016, Lhuillier and colleagues  installed the STEREO detector at the Institut-Laue-Langevin (ILL) research reactor in Grenoble – with STEREO standing for Search for Sterile Reactor Neutrino Oscillations.

“Before, everyone was seeing a mean deficit [in neutrinos],” explains Lhuillier, “The idea was ‘OK, maybe if we go closer, we will be able to see this first or second oscillation’.” The hypothetical oscillation wavelength was not known, he says, but “for sure, the oscillation was already smeared out after 100 m.” The STEREO detector comprises six separate gadolinium-doped 1.8 m3 hydrocarbon-filled scintillators located less than 20 m from the ILL’s almost fully-enriched, 40 cm-diameter uranium-235 nuclear fission reactor, which effectively behaves as a point source of uranium-235 neutrinos.

When a neutrino strikes a hydrogen atom in one of the liquid scintillators, it stimulates inverse beta decay, converting the electron to a positron and the proton to a neutron and knocking both free. The deceleration of the positron generates prompt gamma rays. Subsequently, the neutron is likely to be captured by a gadolinium nucleus, exciting it to a metastable state. When this subsequently decays, it produces a second, larger gamma ray pulse: “That’s the signal we are looking for,” says Lhuillier; “a small pulse from the positron and then, a few microseconds later, a big pulse from the gadolinium.”

If it’s not a sterile neutrino, the problem has to be on the prediction side

Using their six sequential detectors, the researchers confirmed that there was indeed a deficit in the neutrino flux relative to that theoretically predicted. However, this deficit appeared constant in all six detectors, so the researchers concluded it was not explained by the neutrinos oscillating in and of some undetectable state. “If it’s not a sterile neutrino, the problem has to be on the prediction side,” says Lhuillier. “It’s very difficult to predict what neutrinos a reactor can emit because you have something like 800 ways to break a uranium nucleus apart, so you need a huge amount of nuclear data.”

The STEREO team describes its findings in a paper in Nature.

“People were looking forward to this, so in that sense it’s a useful paper,” says theoretical physicist André de Gouvêa of Northwestern University in Illinois. “It does confirm the trend of results we have been getting that suggest that this reactor neutrino anomaly is more closely associated with our mis-modelling of how neutrinos are produced in nuclear decays and less with some exciting new physics phenomenon.” He adds, however, that, “The title of the paper [‘STEREO neutrino spectrum of 235U fission rejects sterile neutrino hypothesis’] is a little bit optimistic…Sterile neutrinos in principle are not ruled out as an explanation for this anomaly. Very heavy sterile neutrinos could only be ruled out by cosmological constraints,” he says, adding “There’s some fascinating results [on that] coming out of the KATRIN experiment”.

Theoretical physicist Patrick Huber of Virginia Tech in the US adds “There has been this reactor antineutrino anomaly since 2011, and I think this closes that chapter”. Huber performed one of the neutrino flux calculations showing the tension with experimental observation and adds “We now know that the reason for the discrepancy was flawed input data, and I think this is important going forward when we consider possible applications of neutrino physics such as nuclear security. Their result is a capstone on a community-wide effort to understand why the calculations of 2011 and the data did not agree, and now they do.  That’s the scientific method at work.” 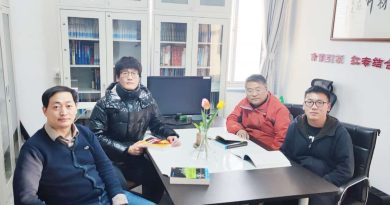