Soft and stretchable strain sensors are invaluable for use in wearable electronics such as motion tracking devices and physiological monitoring systems. Currently, however, the trade-off between sensitivity and sensing range is a major challenge. Strain sensors that are capable of detecting small deformations cannot be stretched very far, while those that can be stretched to greater lengths are typically not very sensitive.

When monitoring human physiology and motion, skin strain ranges from below 1% to over 50%. As such, separate sensors are typically used to detect subtle strains (such as those associated with blood pulse and respiration) and large strains (such as bending of body parts). But for monitoring certain diseases, use of a single device would be preferable. In Parkinson’s disease, for example, sensors must be sensitive enough to monitor small tremors while maintaining a large enough range to measure joint movements.

What’s really needed is a single sensor that can be attached to different parts of the body and can accurately measure the full range of strains on human skin. With this goal in mind, a team at North Carolina State University has developed a soft stretchable resistive strain sensor that offers high sensitivity, large sensing range and high robustness.

“The new sensor we’ve developed is both sensitive and capable of withstanding significant deformation,” explains corresponding author Yong Zhu in a press statement. “An additional feature is that the sensor is highly robust even when overstrained, meaning it is unlikely to break when the applied strain accidently exceeds the sensing range.”

The sensor, described in ACS Applied Materials & Interfaces, measures strain by measuring changes in electrical resistance. The device is made from a silver nanowire network embedded in the elastic polymer poly(dimethylsiloxane), with a series of mechanical cuts in its top surface, alternating from either side.

When the sensor is stretched, the cuts pull open. This forces the electrical signal to transition from a uniform current flow across the closed cracks to travelling further along the zigzag conducting path defined by the open cracks. Thus the resistance increases under applied strain. The opening up of the cuts also allows the device to withstand substantial deformation without reaching its breaking point. “This feature – the patterned cuts – is what enables a greater range of deformation without sacrificing sensitivity,” says first author Shuang Wu.

The team performed experiments and finite element analysis to assess the effects of slit depth, length and pitch on sensor performance. The optimized device exhibited a large gauge factor (the ratio of relative change in electrical resistance to mechanical strain) of 290.1 with a sensing range of over 22%. It was also robust to overstrain and 1000 repeated loading cycles.

To demonstrate some potential applications of their new strain sensor, Zhu, Wu and colleagues integrated it into wearable health monitoring systems that measure vastly different levels of motion.

First, they employed the sensor to monitor blood pressure, which requires extremely high sensitivity. Using a rubber band to secure the sensor, they placed it on a volunteer’s wrist to detect the pulse wave – one of the smallest strain signals on human skin.

When the blood pumps through the vein, the sensor ends remain fixed in place by the band while the centre is stretched, opening up the cracks on its top surface.

The researchers showed that this set-up could capture the pulse wave from the radial artery on the wrist. By placing another strain sensor on the brachial artery higher up on the arm and recording a second pulse wave simultaneously, they could measure the averaged pulse wave velocity, enabling calculation of blood pressure.

In the next example, the sensor was used to monitor large strains on the lower back during motion, which has utility for physical therapy. Here, the researchers integrated the sensor with a stretchable athletic tape and attached two sensors in parallel along the spine on a volunteer’s lower back. They also attached a Bluetooth board onto the back to collect and transmit the sensing signals.

Finally, to demonstrate the sensor’s use in human-machine interfaces, the researchers created a soft 3D touch sensor that tracks both normal and shear stresses and can be used to control a video game. They also integrated a strain sensor on the fingertip of a glove that was then used to grasp a glass of water, demonstrating its potential for tactile sensing for robotics applications.

The team is now exploring the application of the strain sensor for biomedical and sports applications. “Biomedical applications include monitoring movement patterns during rehabilitation of stroke patients,” Zhu tells Physics World. “We are also working on scalable manufacturing of the sensors.” 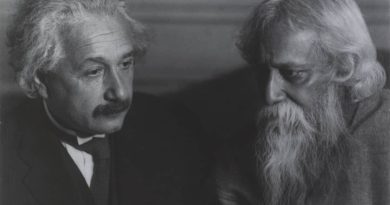 Einstein as you’ve never seen him before 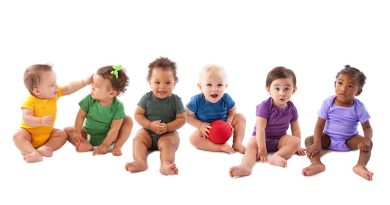 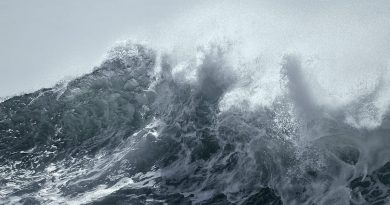