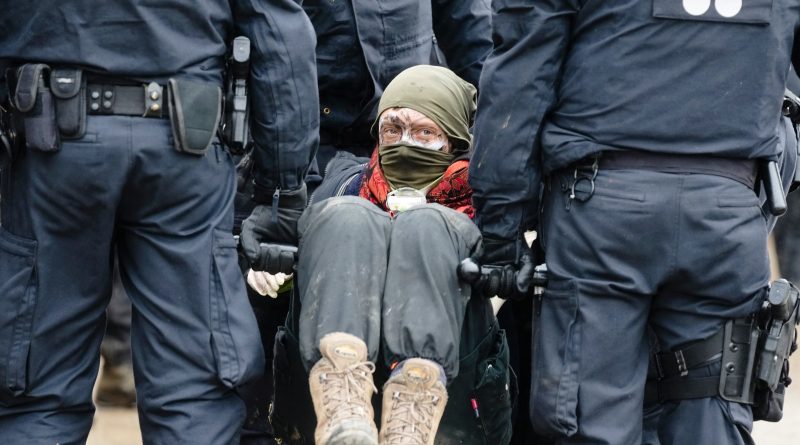 A nearly week-long standoff between German police and climate activists occupying the German village of Lützerath ended Monday with hundreds of protestors evicted from the area. The tiny hamlet of Lützerath is set to be demolished for the expansion of the Garzweiler coal mine, and some activists have occupied the village for as long as two years to prevent development by residing in abandoned homes, building treehouse blockades, and fortifying buildings with dumpsters and camper vans. Roughly 1,000 police officers were sent to address the protests. Organizers say 35,000 people attended; police estimate it was closer to 15,000.

Though the last two activists in Lützerath vacated their self-dug tunnels beneath the village Monday, protests against the mine continued Tuesday in Cologne and Dusseldorf where activists glued themselves to the cities’ main streets and government buildings, respectively.

German officials argue that expanding coal production is necessary to maintain energy security, given cuts to Russian gas supplies due to the war in Ukraine. But climate activists argue that the deal goes against Germany’s commitments to reduce carbon emissions.

The Garzweiler mine covers 14 square miles and has already swallowed towns, historic buildings, and a wind farm. Plans for mining in the area were approved in 1995 and in 2013, German courts ruled that energy firm RWE, which owns the mine, could expand their production area and demolish any towns in its path. The roughly 100 residents of Lützerath have all relocated – the last farmer left after losing efforts to fight an eviction order.

Germany’s coal production has ramped up in recent years, increasing by nearly 20 million tons between 2020 and 2021 after a decade of declines and Bloomberg reports that the country has reopened coal-fired power plants, despite plans to phase them out by 2038.

According to the Associated Press, studies indicate that around 110 million metric tons of coal sit underneath Lützerath and RWE reports that Garzweiler extracts up to 30 million tons of lignite every year. That the mine produces lignite is a major sticking point for climate activists, given that it’s the “dirtiest” form of coal.

For critics of the mine, the concern goes beyond the demolition of homes and the challenge to land rights. In an interview with CNN, recently evicted activist Dina Hamida said, “in the end, it’s not about the village, it’s about the coal staying in the ground and we’re going to fight for that as long as it takes.”

Though RWE has legal access to the land, activists say the law is on their side, citing a 2021 ruling that mandated the German government prioritize actions to cut emissions.

But last October, Germany’s Economy and Climate Ministry, led by the environmentally-minded Greens party, made a deal with RWE to address this issue. The company agreed to phase out all coal mining by 2030 instead of 2038 and prevent the demolition of five other villages and three farmsteads. In exchange, RWE would be allowed to continue expansion over Lützerath and generate coal which, they say, is needed to get the country through the winter.

Activists argue that it could take at least two years to develop coal reserves under Lützerath — much too late to relieve any economic stress from the ongoing war in Ukraine. They also reference research from the German Institute for Economic Research, which suggests that other coalfields could be used instead, albeit at a higher cost to RWE. A study published by the University of Flensburg last month, says that the need for coal from underneath Lützerath was “nonexistent.”

“It’s very weird to see the German government, including the Green party, make deals and compromise with companies like RWE, with fossil fuel companies, when they should rather be held accountable for all the damage and destruction they have caused,” Thunberg told the AP.

She was later detained by police. 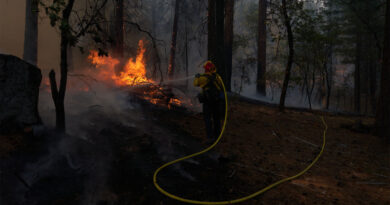 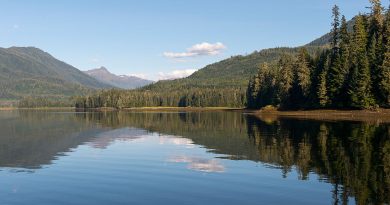 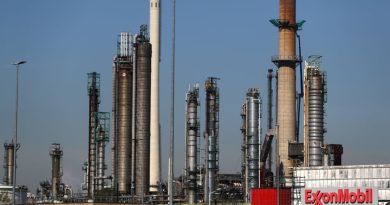