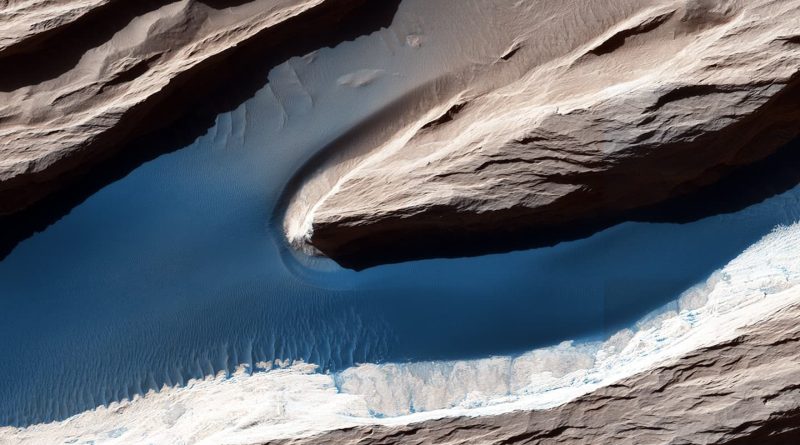 Wind energy could help power human missions on Mars, according to a study that used the NASA Ames Mars Global Climate Model to calculate the short-term and seasonal variability of wind power that would be generated by wind turbines on the Red Planet. Led by NASA’s Victoria Hartwick, the research team suggests that the wind could supply sufficient energy on its own or be used in conjunction with solar or nuclear power.

The success of a crewed mission to Mars would rely on many factors including site selection. Previous studies of site viability have focused on access to physical resources including the availability of water or shelter and have not necessarily accounted for the energy-generation capabilities of potential locations. While there has been a lot of research on solar and nuclear energy as Martian energy sources, nuclear power harbours potential human risks and current models of solar systems lack the energy storage capability to compensate for day/night (diurnal) and seasonal variations in generation. It is, therefore, prudent to consider an alternative source such as wind for stable energy production.

Wind power is most efficient when atmospheres are thick, but Mars’ low atmospheric density means that wind on the planet produces significantly less force than wind on Earth. For this reason, the Martian wind had not been regarded as a viable energy resource. Hartwick and colleagues have challenged this assumption and shown that diurnal and seasonal fluctuations in solar energy could be compensated for by wind energy. Hartwick says that they “were surprised to find that, despite Mars’ thin atmosphere, winds are still strong enough to produce power across large portions of the Martian surface”.

The study suggests that wind could work in combination with other energy resources such as solar to boost power generation. This could be especially helpful during local and global dust storms, when solar power decreases and available wind power increases. Wind would also be a useful resource at night and around the winter solstice.

The team looked at a hypothetical generation system that comprises solar panels and an Enercon E33 wind turbine. The latter is a medium-sized commercially available system that has a rotor diameter of 33 m and is rated at a power output of 330 kW on Earth. Hartwick and colleagues calculate that the turbine could operate at an average operational power output of about 10 kW on Mars

The team’s calculations show that the turbine would increase the percentage of time that the power from the combined system exceeds 24 kW from 40% (solar arrays alone) to 60-90% (solar plus wind). The value 24 kW is significant because it is considered the minimum power requirement to support a six-crew mission.

While the study shows that wind generation is possible, it would only be useful if it could be done in locations on Mars that are suitable for human habitation. Previous work considered geology, resource potential and engineering limitations to evaluate landing sites. Using these criteria, the NASA Human Landing Site Study has identified 50 potential regions of interest. This study did not consider regional energy availability beyond simple latitude and shading considerations for solar. Hartwick therefore believes that wind power could allow more regions to be considered for exploration and settlement.

“By utilizing wind in combination with other energy resources,” says Hartwick, “it may be possible to access some regions of the planet that were previously dismissed, for example, the Mars midlatitudes and polar regions which are scientifically interesting and are closer to important subsurface water ice reservoirs.” These sites would not be viable with solar power being the predominant energy resource.

Hartwick suggests that stability is the most important consideration for powering future crewed missions to Mars – a lot of uninterrupted power must be produced. Using a combination of wind turbines and solar arrays could allow missions to locate throughout a large portion of the planet.

Wind power could also revolutionize how humans obtain energy elsewhere in the solar system. Hartwick says she is “particularly interested to see the power potential on a moon like Titan, which has a very thick atmosphere but is cold”. Nonetheless, there is still interdisciplinary work to be done – especially from an aerospace and engineering standpoint – to determine operational efficiency and technical viability.

While the main part of the research focused on the Enercon E33, the team also looked at different sizes of turbines ranging from microturbines used for small single-family power needs to industry-standard 5 MW (on Earth) turbines, and more. The use of such systems could vary from providing energy for surface habitats and life support systems to maintaining scientific equipment. Another factor that must be considered is transporting wind turbines and associated materials to Mars – a process that would have to minimize the mass sent through interplanetary space. While this transport would have to include excavation equipment, there is some suggestion that Martian soil could be used a replacement for the concrete that is used to anchor turbines on Earth.

As more potential Martian landing sites are identified, future studies could involve high-resolution simulations with the aim of better understanding how specific topography and surface conditions affect the wind. This could change the capabilities of future space operations. Hartwick says that this “is really the gold standard when we consider the energy requirements for a potential human mission to Mars.”

The research is described in Nature Astronomy. 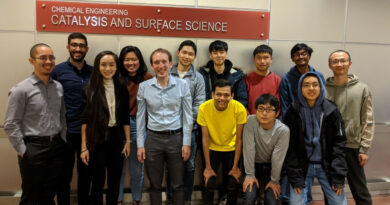 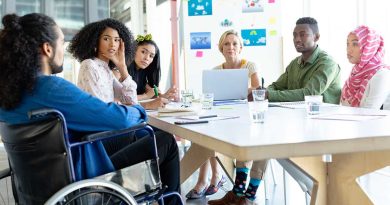 Science must do more to include people with disabilities, says study 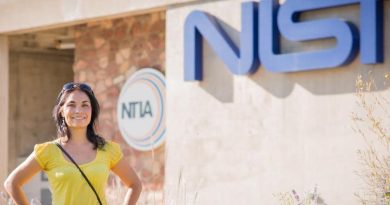